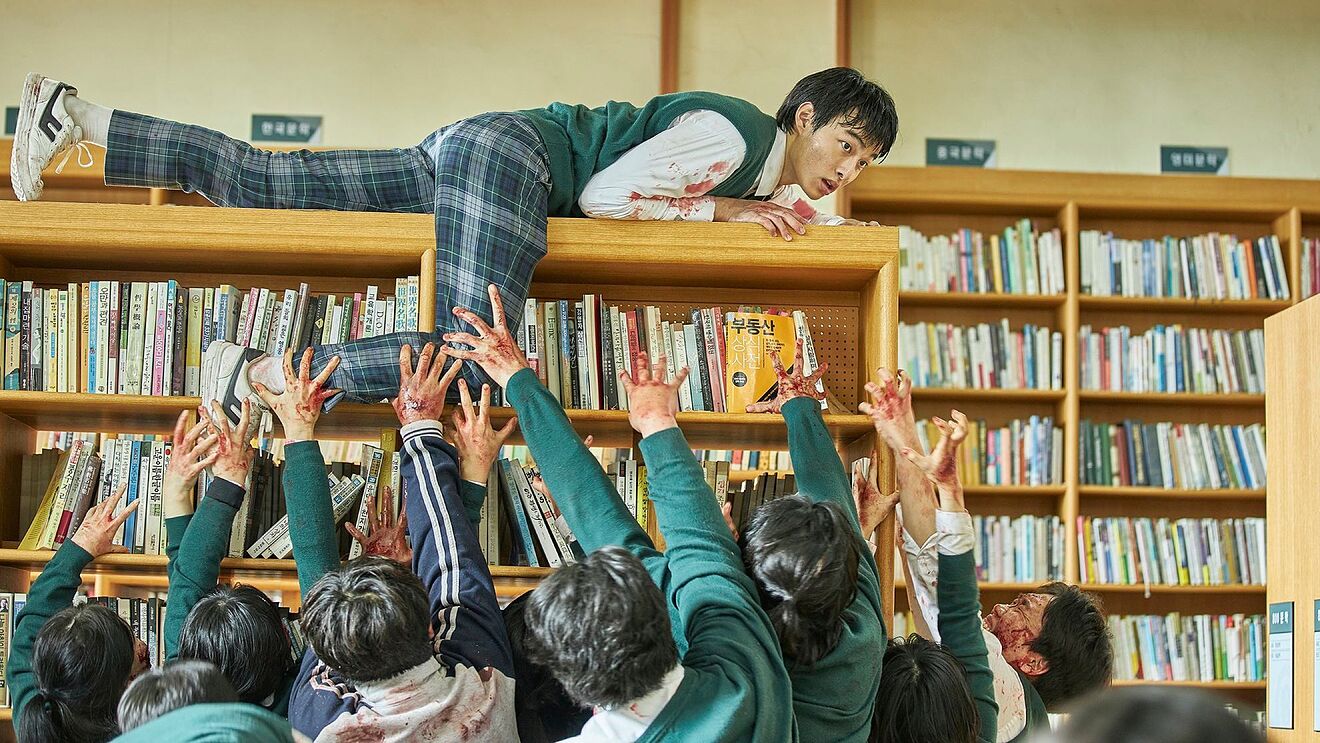 As we all await All Of Us Are Dead Season 2, the four main cast members of the Korean zombie-apocalypse coming-of-age Korean drama, confirmed that the series will return for a second season in a new teaser published for Netflix’s Geeked Week. “Thank you to all of the Netflix lovers across the world for your support of All of Us Are Dead Season 1,” actor Yoon Chan-young stated in the teaser.

Chan-young plays Lee Cheong-san, who was bitten and assumed to be dead in the Season 1 finale, thus his arrival in the teaser comes as a real welcome surprise.

According to Netflix’s brief description of the Season 2 teaser, “the students of Hyosan High School may have survived their first zombie breakout, but the horror is far from finished…”

How All Of Us Are Dead Story Started

All of Us Are Dead was created by Chun Sung-li, Lee Jae-kyoo, and Kim Nam-su and is based on Joo Don-webtoon, geun’s Now at Our School, which was published between 2009 and 2011.

After a botched science experiment, Hyosan High School in South Korea becomes the epicenter of a large zombie epidemic, prompting the authorities to lock off the surviving students from the outside world, leaving them without food or water but with plenty of drama among them.

Because the first season concluded with an open-ended ending, with the four actors foreshadowing what’s to come in season 2, fans are hoping that they will all return, despite how season 1 ended for some of their characters.

Yoon Chan Young opens a teaser video by asking in Korean language, “Is this on? Is it functional? Hello there, everyone. It’s been a long time. Thank you to all of the Netflix fans across the world for showing such enthusiasm for ALL OF US ARE DEAD Season 1.” “How are you?” Park Ji Hoo asks. We’ve been doing really well.

Netflix then released a short video with the following caption: “Season 2 production confirmation news from Park Ji Hoo, Yoon Chan Young, Choi Yi Hyun, and Lomon of ‘All of Us Are Dead’ via Geeked Week 2022!”

Guys, hurry up!” Netflix’s ‘Geeked Week’ is indeed a five-day virtual experience that includes the new trailers, exclusive content, and even celebrity drop-ins like the one for ‘All of Us Are Dead.’

Is All Of Us Are Dead Season 2 Still coming to Netflix?

People advises readers and movie lovers early 2022 that All of Us Are Dead Season 2 will not be released on Netflix on July 11, 2022. It might be possibly released in 2023 according to some release rumor of the movie.

The network is yet to reveal the anticipated premiere date for the upcoming season. All of Us Are Dead Season 2 was officially renewed last month, June 6, 2022, according to sources.

Since then, neither Netflix nor the show’s official social media accounts have officially revealed that the series’ premiere date, leaving fans in suspense.

Furthermore, the series’ production status has not been verified by the creators of the movie, which will lead to the post-production stage since it will take some time to polish the episodes in order to make the next season much more appealing for the viewers.

As a result, we recommend that fans be patient for a while, as these announcements take time to post and are done on a timetable by the streaming services.

Tags: All of us are dead, Anticipated Movies, Horror